Fly Me to the Moon

"At the end of the day, when it comes down to it, all we really want is to be close to somebody. So this thing where we all keep our distance and pretend not to care about each other, it's usually a load of bull. So we pick and choose who we want to remain close to, and once we've chosen those people, we tend to stick close by. No matter how much we hurt them. The people that are still with you at the end of the day, those are the ones worth keeping. And sure, sometimes close can be too close. But sometimes, that invasion of personal space, it can be exactly what you need."
Posted by Ms B at 6:06 PM 3 comments:

A friend of mine, who just went back for good, sent me an sms over the weekend. He is now with one of the largest investment bank back home. Apparently the team is still looking for people and he mentioned my name to the head of department. That guy wants to get to know me. So my friend asked whether I’m interested and ready to settle down back in KL.

It took me a while to think about this opportunity. I politely declined. I think it’s not the right time yet. My current position allows me to gain valuable experience. Even after a year of experience, I have already increased my market value by at least 20%, excluding bonus (based on what head hunters have been offering me). Bonus would be between 30%-80% of annual salary (some banks/PE houses offer ridiculously high!). Also, I’d like to taste my bonus with the firm. I know it’s not as lucrative as others but I’m sure it’ll cover a few holiday trips for me and the lil one next year. But most importantly, time with my precious daughter, seeing her growing up. It’s not that I don’t get to do so back home but I seriously felt my life was hectic back then. I doubt it’ll change now.

I mentioned the offer to the Dragon Lady and her answer was, “do you want to get a slap from me?!? The question is not even worth to be considered.” Oh well, we both had our fair share of very late nights and stressful deadlines. She’s enjoying her work life balanced in the land Down Under. Doubt she’ll ever go back.

The lil one is planning for another holiday trip. I think it’s been only 3 weeks that we had the Disney trip. This morning, on our way to school, she said she wants to see Spain. We went there before, Madrid, some time last year. Our first holiday, just me and her. It was really cool! I mean, I was nervous of course. Praying hard that things would go well. Thankfully, it did.

We are going back to Malaysia some time in August but I’m hoping we can squeeze a holiday before that. Maximising summer and the sun. I would love to see Istanbul again but the flights are flying rockets. Otherwise, there is the term break in October or Christmas break.

I used to dream of travelling around the world. I just couldn’t believe that I’m actually doing it now and what makes it sweeter is that I get to do it with my beloved girl. Thanks love! You are truly mummy’s best friend.
Posted by Ms B at 12:15 PM 2 comments:

Today is my one year mark with the firm. I survived so far. Late nights, travelling abroad, whilst at the same time, managing my lil girl. It is more challenging now as she is in proper school ie I have to remember her PE days, school library books, homework, spelling tests etc. Thankfully, it has been ok. I managed to attend most of her school’s functions. Happy indeed!

My daughter and I have formed ourselves a team. We do everything together. She keeps reminding me, “mummy, we are a team. X&X!” We both have the same initial, that’s how she came up with the team’s name. She aced herself again. Teachers have been complimenting her progress. Reading and spelling test. Of course, since she has a mean mummy (when it comes to school work only.), she really does her best to do well at school. Oh well, like my baby brother said, “you are always fierce when it comes to education.” All my siblings had a taste of me, flying off my sparks when they did something wrong, especially with maths.

Also, my baby brother has left. The lil one is missing him. Me too. He is a great uncle, plays with his niece, takes care of her during school break, makes sure our dinner is arranged etc etc. Our last night together, we talked hours and hours. He shared my difficult moments, things I didn’t tell him before. But now, since he is bigger (towering me) and wiser, he felt the need to share my pain.

Disneyland Paris was truly a magical kingdom, where all fairytales and dreams come to life. It’s a place that brings out the child of you. That’s how I can summarise our holiday. Truly awesome!

We took the 930am Eurostar from London Waterloo on Saturday. There was an earlier direct train but after a whole week of really late nights, I just couldn’t be bothered to take the early train. The journey took less than 3 hours and the train station is located exactly at the entrance of the parks (Disneyland and Walt Disney studios). The shuttle bus to our hotel was already there and we made our way to the hotel to check-in and leave our luggage. Took about 5-8 mins and the frequency is about 7-10 mins. My brother was really impressed with the whole trip, even before we entered the parks. We had lunch at Disney Village (just opposite the parks’ entrance) and entered Disneyland by 3pm.

The place was really packed! Most of them came with kids but we could see some couples and groups of teenagers/young adults. Surprisingly, there were groups of old people! I guess everybody, regardless their age, gender or race, would like a taste of the magical kingdom. The weather was really great! In fact, it was kind of hot. Unlike London a few days before, freezing!

The lil one was very excited and told me which rides/ places she wanted to try. On the first day, we covered Fantasyland and Adventureland. Went inside Sleeping Beauty castle, Alice in Wonderland labyrinth, tried Mad Hatter tea cups and Le Carrousel de Lancelot. In Adventureland, we went to Aladdin’s Passage, Pirate’s Beach, Adventure Isle, Captain Hook’s Pirate ship and the best part was, Pirate of the Caribbean. Even the lil one enjoyed the ride (it was quite action packed for lil kids).

After the park closed, we proceeded to Disney Village and had dinner at Planet Hollywood. Then, went shopping at the Disney stores (there were 2 huge stores!). The Village closes at about 2am I think. There were many restaurants, bars and a big McD. After minor shopping, we took the 1130ish pm shuttle bus and settled down for the day.

One thing I love about the hotel is that it is really child-friendly. They try to accommodate your children’s needs. Bottle warmers at the restaurant and rooms (by request). Breakfast was nothing fancy but we could pack the croissants and pain au chocolat, which was really handy cos you do get hungry with those rides and walk.

We arrived at Disneyland just before 1030am and our mission for the day was to take pictures with “celebrities”. The first one was Minnie Mouse. The queue took us 45 minutes (as expected) but we just couldn’t care. All we wanted was a piece of her. Of course the lil one was a bit clueless of her fame, unlike me and my brother. We grew up with her while the lil one is within the “princess” fairytales generation. We hugged, kisses and took pictures with her.

Then, we went to search for a princess. Lil wanted Cinderella but she was not due to appear that day (I think). Instead, we had Ariel and her prince. So we queued (again). After 20 minutes, they changed the characters to Aladdin and Genie. You could sense how frustrated the parents were. 90% of the kids who queued were girls and obviously they want a princess character! They should have placed Princess Jasmine instead of Genie. Anyway, since I didn’t want to disappoint my girl, I asked the cast members whether Ariel was due to come out again. Apparently she’d come in 20 minutes time. So we went to the back of the line. The effort and waiting time was all worth it. After almost an hour of queuing, she got her chance to hug, kiss and take a picture with Ariel. Of course, Prince Eric was there and I will write more about him. Hehhehe…
I think it was about 1pm when we entered Walt Disney Studio. Took the tram tour ride about the making of Disney movies. At one point, we were taken to a movie set, a truck on a rocky hill and waterfall. They created rain and thunder, explosions (we felt the heat of the fire in our tram), and the sudden pour of the waterfall. Me and the lil one got wet (cos we were sitting very close to the waterfall). It felt very real!

Then, we took the Flying Carpet ride but the queue was not as bad as the “celebrities”. While we had our lunch, they had actors and actress staging a show, with participants from visitors. Did another round of shopping at the shops before we went back to Disneyland to catch the 4pm parade.

The parade lasted about 30 mins. Started with Mickey and friends. There were Toy Story characters, Pinnochio, Peter Pan, Lion King, all Disney Princesses and their princes (they were in the same carriage/stage), the evil characters. I cant remember all. Need to check my pictures. Hehhehe… While waiting for the second show to start (at 6pm), we took the Snow White and Pinnochio’s passage ride. Also, I finally gave in to the idea of queuing Dumbo the Elephant ride. The queue was always long and I couldn’t disappoint my girl. After an hour of waiting, we got our turn. It was just in time to watch the second show, in conjunction with the 15th year of Disneyland Paris.

After the show, people started to leave which meant less queue to try things. So we went to Discoveryland and tried Honey I Shrunk the Audience. We also went into It’s a Small World musical indoor boat tour. Took us 5 mins queuing time!

All in all, it was worth the trip. You could feel the happy vibes. People were just smiling to each other. Kids (and some adults) were wearing costumes. I think I’ll do that for our next trip. It’s a great place to spend time with your family.

Will write more.. especially about Prince Eric. *winks*
Posted by Ms B at 3:36 PM 2 comments:

Thankfully I'm having a long weekend. Taking tomorrow (or today cos it's Friday now) and Monday off. Spending time with my loved ones. 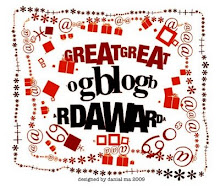 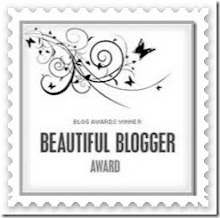